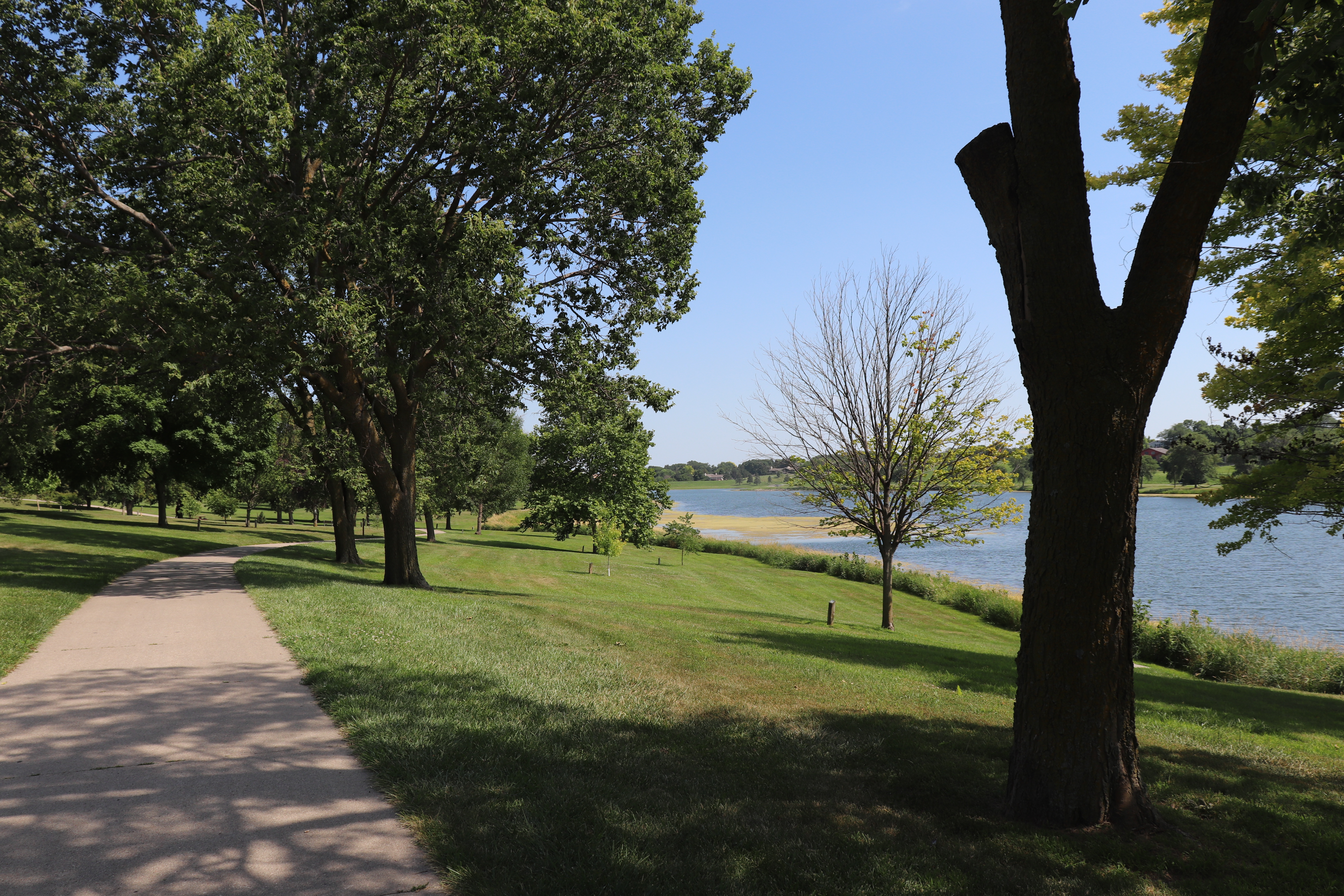 Skyview Park was created out of a flood control project on the Corporation Gulch and is comprised of 175 acres. The project began in 1971 with the construction of a 1200 foot long dam which resulted in the creation of a new lake. Skyview Lake has approximately 50 surface area acres located among the rolling hills of northwest Norfolk and is the focal point of the park. Fishing and non-motorized boating are allowed on the lake. Ice fishing is allowed during the winter months. There are two boat ramps, two 150 foot long rocked jettys and a handicapped accessible 100 foot T-head fishing pier available for use at this location.

The $204,000 lake renovation project was completed in 2005.  The project included the removal of over 42,000 cu. yards of sediment, the construction of two 20' x 150' rocked jetties and a restocking of the lake. Here are some pictures taken during the project including an aerial view of the west end of Skyview Lake showing the lake improvements and underwater fish habitat structures which could be very helpful if you plan on fishing the lake.

No ice skating is allowed at this location.

Many park amenities surround the lake and include the following: Bathrooms on north and south sides of the lake, 4 large and 2 small picnic shelters, a large band stand, picnic tables, barbeque grills, large playground area, cross country course, a state accredited arboretum, a concrete hiking/biking concrete trail over 2 1/2 miles long that surrounds the lake (the main loop that circles the lake is 1.82 miles long) and a fitness station along the hiking/biking trail. New to Skyview Park in the fall of 2002 was a Disc Golf Course.

This park is the site of local high school cross country meets, the Christian Cross Festival held in June and home to the annual 4th of July fireworks show that is attended by many thousands of people each year.