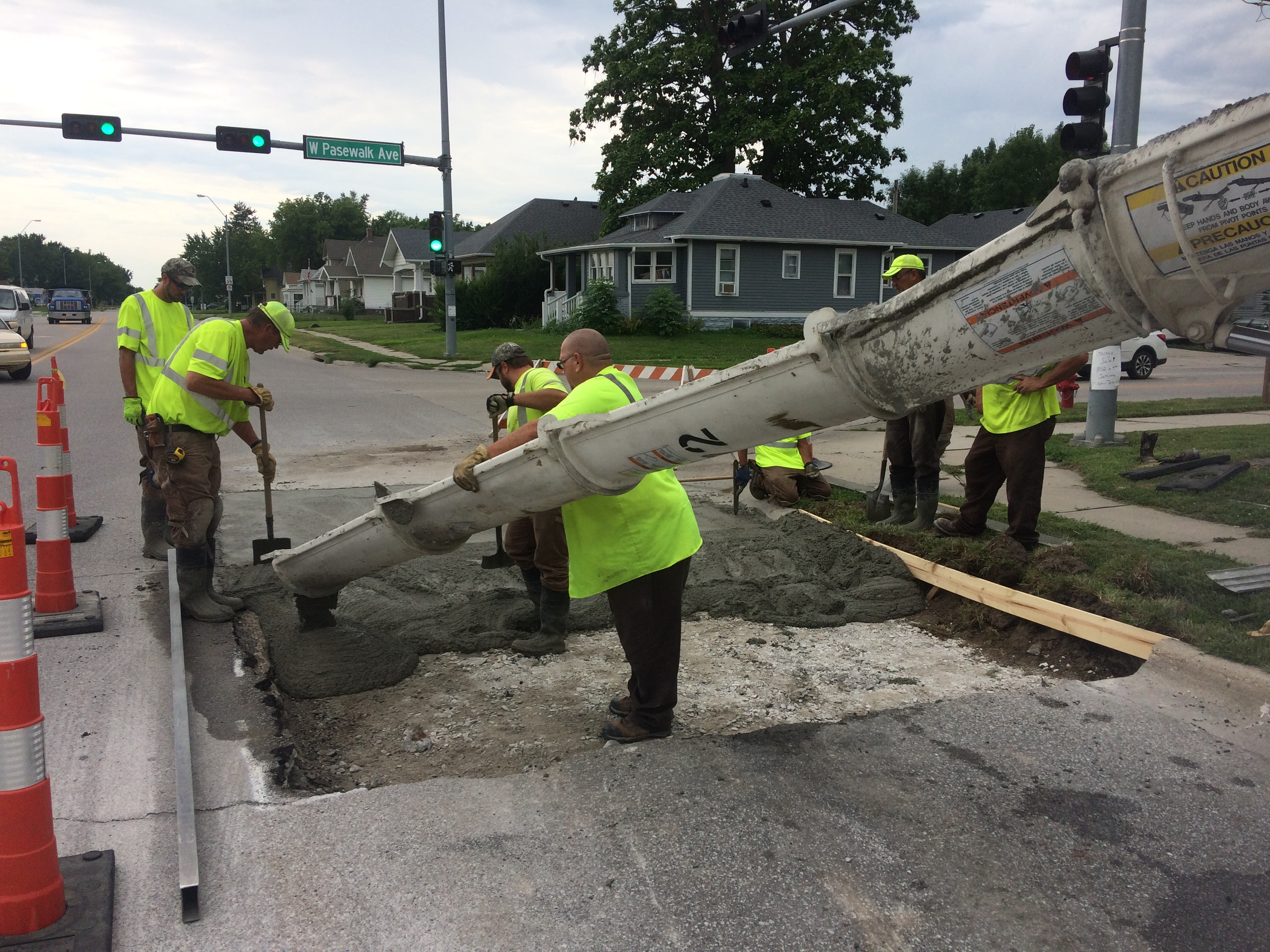 What is a Snow Emergency

The City Administrator normally declares a Snow Emergency after notification from the National Weather Service via the Transportation, Buildings, & Grounds Director or the Public Works Director. Maybe the term "emergency" is a misnomer (unless we received 20" or more at one time as they have in some areas in the past), but in declaring a Snow Emergency a special "No Parking" ban goes into effect on any city streets. This is simply the most effective way to keep cars off the street, a crucial factor in doing a good plowing job. Norfolk has approximately 244 miles of streets. For snow removal, they are broken down into three categories: (1) posted Snow Emergency Routes, and main arterials, (2)central business district (CBD) removal, (3) Residential streets by designated areas. There are about 40 miles of Snow Emergency Routes. CBD consists of 44 blocks. There are 24 designated residential areas.

Snow Emergency Routes are the first plowed over the whole city generally in a grid pattern. The Snow Emergency Route system was planned so very few residents have to go more than a few blocks to get to a plowed main street. It works the other way also, allowing police and fire vehicles to get within a few blocks of any home by way of plowed streets. These are truly "emergency" routes to keep essential services functioning after major snowfalls that would otherwise paralyze the city.

Posted Snow Emergency Routes, main arterials, and the central business district are plowed first. Snowplow trucks and motor patrols usually start at 2:00 A.M., and the routes would then be finished by 9:00 A.M. The central business district is ready for pick-up about 6:00 A.M. Traffic is lighter during the early morning and there is usually no problem finishing the routes before the morning rush hour.

This is our normal Snow Emergency Declaration and the time schedule for the parking bans on the affected streets. Public Works has the latitude to alter this schedule as necessary to cover extreme or unusual snowstorms. If officials were to alter the normal declaration, they would place special emphasis on the new times of parking bans and fully explain the actions or reasons for departing from the normal schedule.

PARK ON EVEN SIDE ONLY:
Once a snow emergency is declared, parking where normally allowed on both sides, is allowed on the EVEN number side of the street only.

(1) The vehicle is parking on an emergency route on which a parking prohibition is in effect;

(2) The vehicle is stalled on an emergency route on which there is a parking prohibition in effect and the person who is operating said vehicle does not appear to be removing it in accordance with the provisions of this article;

(3) The vehicle is parking on any street in violation of any parking prohibition or provision of law contained in this article and is interfering or about to interfere with snow removal operations.