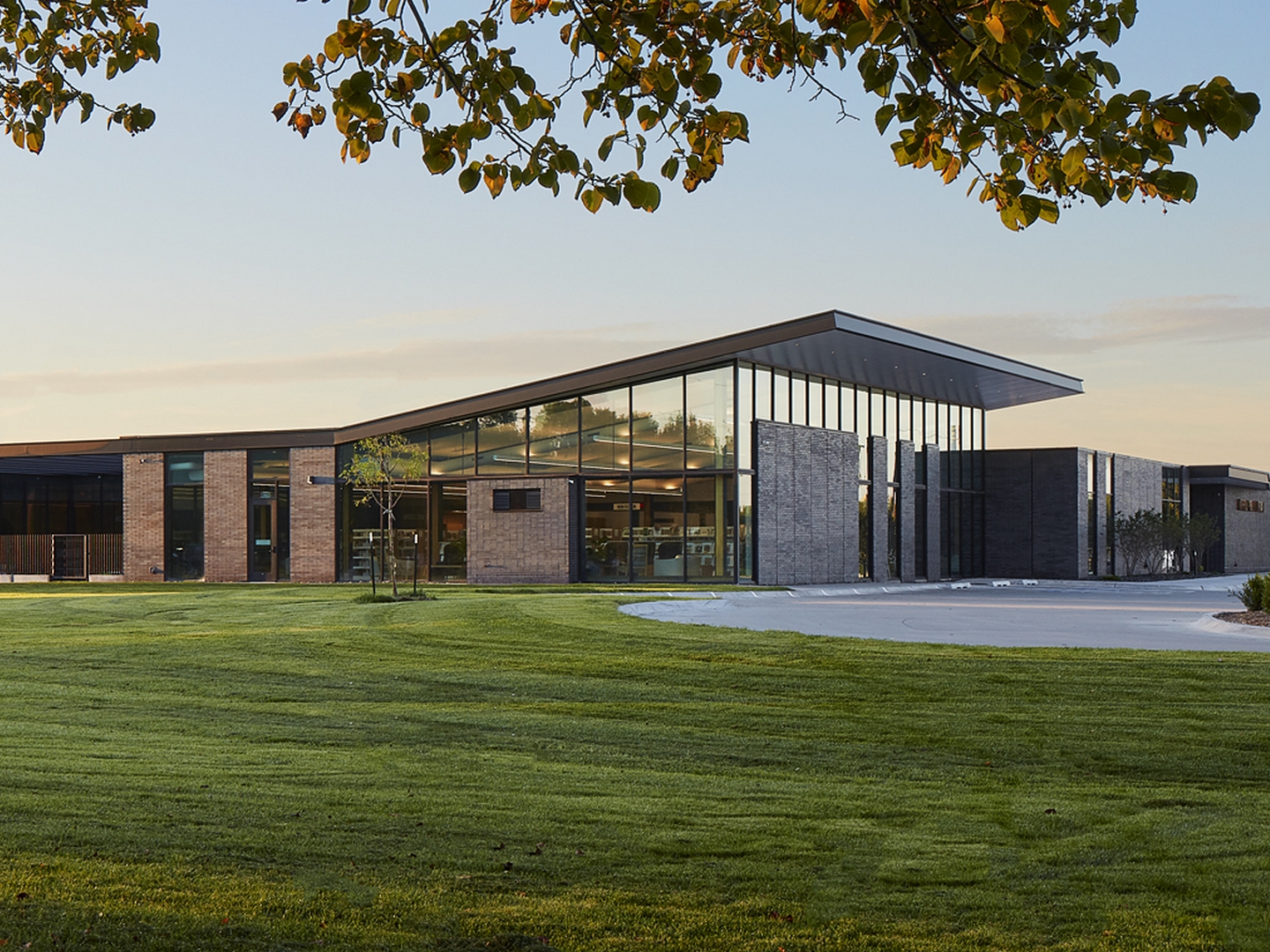 History of the Norfolk Public Library

In 1900, Norfolk had a population of around 3,833, and was the largest town in Madison County.  Shortly following the creation of the Nebraska Public Library Commission in 1901, the Woman’s Club of Norfolk showed an interest in creating a library.  Their library opened with 400 books on July 7, 1906, and was located on the second floor of the Bishop Block in downtown Norfolk.  The library soon moved to the High School building and by July 1907 the Woman’s Club had established a small library and received assurance the City would assess a 1.75 mill levy that would raise at least $1,025 per year. Norfolk approached Andrew Carnegie to provide funds to build a library building in 1901, 1902, 1906, and was finally successful in securing a $10,000 grant in 1908. The library opened in 1911.  For more information on the history of Norfolk’s Carnegie Library, please check out Oliver Pollock’s book, A State of Readers (University of Nebraska at Omaha, 2005).

Half a century passed, and the collection and services grew along with the community.  In 1939, the library was one of the original members of the Nebraska Union Catalog, (NEUCAT).  By 1945, the children’s section had outgrown its space and took over the basement auditorium.  In the 1960’s and early 1970’s, the library had become very crowded.  By then the library was recognized as a major Nebraska resource library, serving as the interlibrary loan and reference center for libraries in 10 counties (later 12), visiting Madison County libraries and schools with a bookmobile, and linked to other resource libraries across the state by a teletype system.

After years of study and planning, a bond issue for a new library building went to the ballot on November 25, 1975.  The bond issue passed by a three-to-one ratio.  The new 22,000 square foot building, at 308 Prospect Avenue, opened on July 11, 1977, having cost $780,000. As part of the planning for a new building, the Norfolk Library Foundation was organized in 1972.  After achieving its initial goal of getting the bond issue passed and obtaining a suitable sign for the new building, the Foundation reoriented itself in the 1980’s to seeking gifts and raising funds for equipment and materials to enhance the Library.

The bookmobile service was ended by Madison County officials in 1984. In response, the City eliminated the $15 non-resident fee to get a library card in 1985 when the City’s new sales tax went into effect.  Circulation, which had increased each year for the library since moving into the new building, jumped to new record highs in 1985 and 1986 before leveling off. In 1985, the library’s Online Computer Library Center (OCLC) microcomputer was installed, letting the library start cataloging by computer and providing direct interlibrary loan access to over 5,000 libraries across the country.  Small computers became a fixture in the Library, replacing the old interlibrary loan teletype and being used for the book orders files, a periodicals holdings file, word processing, spreadsheets, graphics, and registration files. In 1992 the Library added an integrated automated library circulation system that included the library’s catalog and the library’s circulation operations.  This marked the end of the 240 drawers of cards in the old card catalog. The cost of the automated system was shared by the City of Norfolk, the State of Nebraska, the Peter Kiewit Foundation, and the Norfolk Library Foundation.  In 1998 the Library offered free access to the Internet.  At the same time, online database availability was introduced making the Library a twenty-four hour a day, seven days a week, 365 days a year operation. In 2001, Norfolk Public Library joined Columbus Public Library and Northeast Community College in the ONE Library Consortium, group of multi-type libraries that share one library automation system.  This consortium has now grown to seven member libraries across the state and continues to serve Norfolk by sharing costs across institutions.

Nearly 40 years had passed since the “new” building had been constructed, and wishes to expand and renovate the library building had been building for nearly a decade. Computers and technology changed much about how the library space was being used and updates were needed.  A ballot issue for a half-cent sales tax increase for 36 months was placed on the November 2014 ballot. The issue was approved by voters and construction on the renovation and expansion of the library started April 20, 2017.  The project was completed in May 2018, and a Grand Opening was held on May 29, 2018. This celebration featured remarks by Lt. Governor Mike Foley and Library Foundation President Jim Curry.